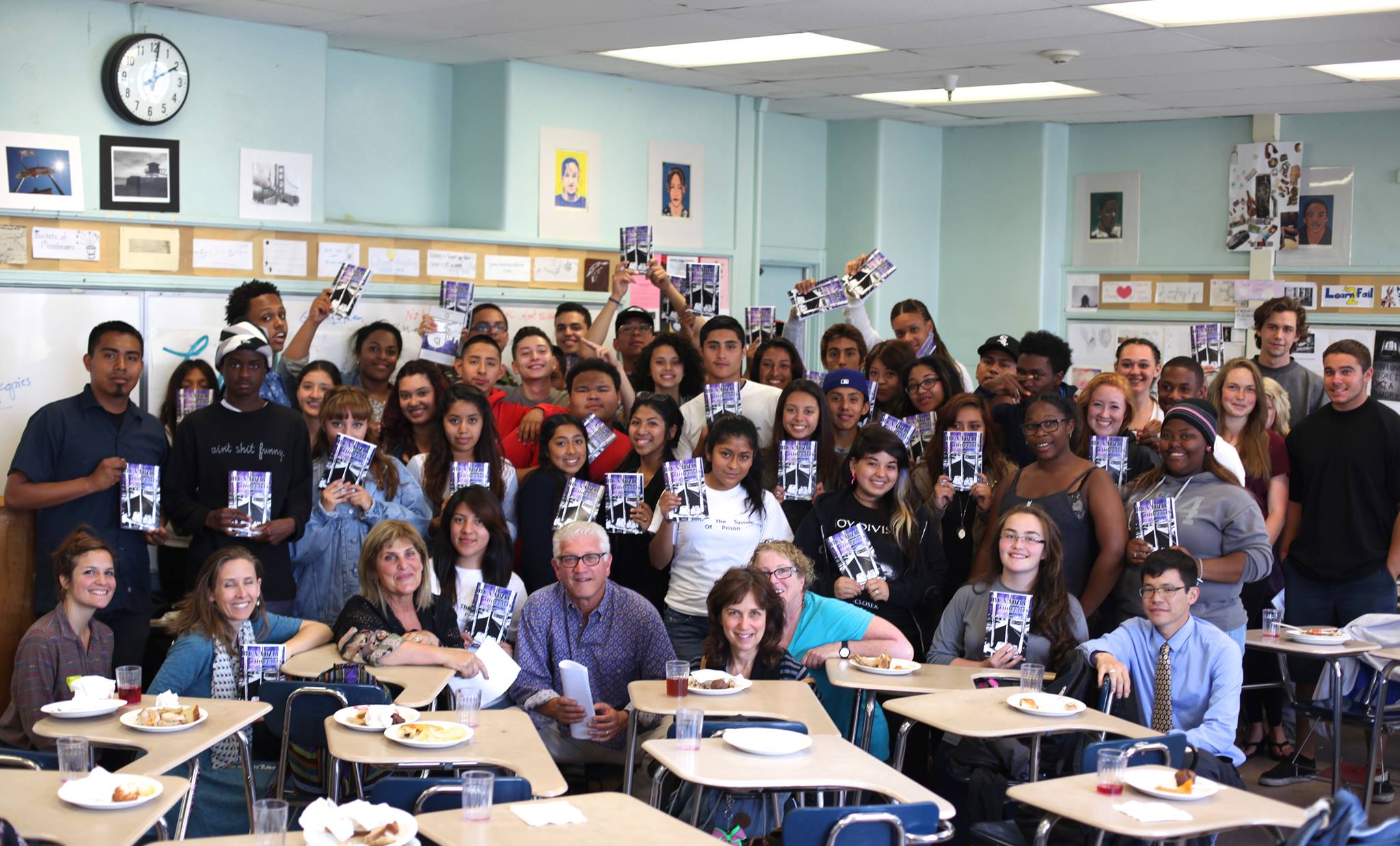 Bianca Lopez, a now-former student at Venice High School, had never spoken about her brother before. “I was scared I would be judged,” she said. Her brother had been gone for six and a half years, serving time at a state prison. Then one day Lopez heard through a classmate about a new school club “for people like us, who have someone we love in prison.” It’s called POPS (Pain of the Prison System).

POPS is the first high school club in America that focuses on the needs of students who are victims of the mass incarceration crisis. The Center for American Progress released research showing nearly half of all U.S. children now have a parent with a criminal record. Expand that number to include siblings, friends, aunts and uncles, and the numbers explode. This population becomes at risk for complex trauma, depression, social isolation and increased poverty. Family members of the incarcerated are the silent victims of our criminal justice system. While some might believe otherwise, the National Resource Center on Children and Families of the Incarcerated at Rutgers University reports there is no evidence proving that a child with an incarcerated parent is predisposed to criminal behavior. It’s a common misconception that stems from the stigma these children face in a culture rooted in fear.

POPS the Club is determined to transform fear into truth. its mission is “to provide a safe space for high school students who are struggling with the pain of the prison system and to nourish those students in body and spirit, offering support, community and opportunities for expression.”

POPS meets weekly, every Wednesday at lunchtime, and no student is required to share why they are there, only that they have somehow been touched by prison. Food is provided and sponsored by restaurants, many of them local: Factor’s Deli, Guelaguetza and Village Pizzeria, to name a few.

“I honestly first decided to go because I heard there was free food,” Lopez says with a laugh. “Amy walked up to me and asked me my story, and after hearing other people’s stories, I finally told her about my brother and I started to cry.”

Amy Friedman, an author, and her husband, Dennis Danziger, a playwright and teacher at Venice High, founded POPS after Amy had been teaching PEN in the Classroom (now known as PEN in the Community), which brings professional writers to underserved schools. Sensing the issue was a lot more pervasive than anyone wanted to talk about, she recalls turning to Danziger and saying, “We have to do something.”

Friedman was already sensitive to the issue. She published a memoir about her experience, Desperado’s Wife, in 2012. Formerly married to a man who was incarcerated, Friedman had been left to raise her stepdaughters, witnessing firsthand how their father’s incarceration affected every aspect of their lives. Modeled their plan after the original GSA (Gay-Straight Alliance) student-organized clubs that started in the 1980s, Friedman and Danziger sent a proposal to the principal at Venice High stating the club’s mission and how it would work. Shortly after, it was approved, and POPS the Club was born.

After the students eat, they gather to write, paint and sketch, channeling the pain they feel into their art.
“Once I shared about my brother, Amy asked me if I wanted to write a letter to him, but said I didn’t have to send it if I wasn’t ready. It became my first published piece. I had no idea I could write,” Lopez says.

The club’s first anthology of stories, called Runaway Thoughts, was published in December 2014 and selected as one of the top 35 titles by In the Margins Librarians’ Committee. All proceeds go to help fund the club. Last fall, POPS held a reading of their second anthology, Ghetto by the Sea, at Barnes & Noble at the Grove. The book retailer and publisher was so blown away by the power of the students’ storytelling that it’s currently in negotiations to publish the students’ third

anthology of stories, Before There Were Bars. 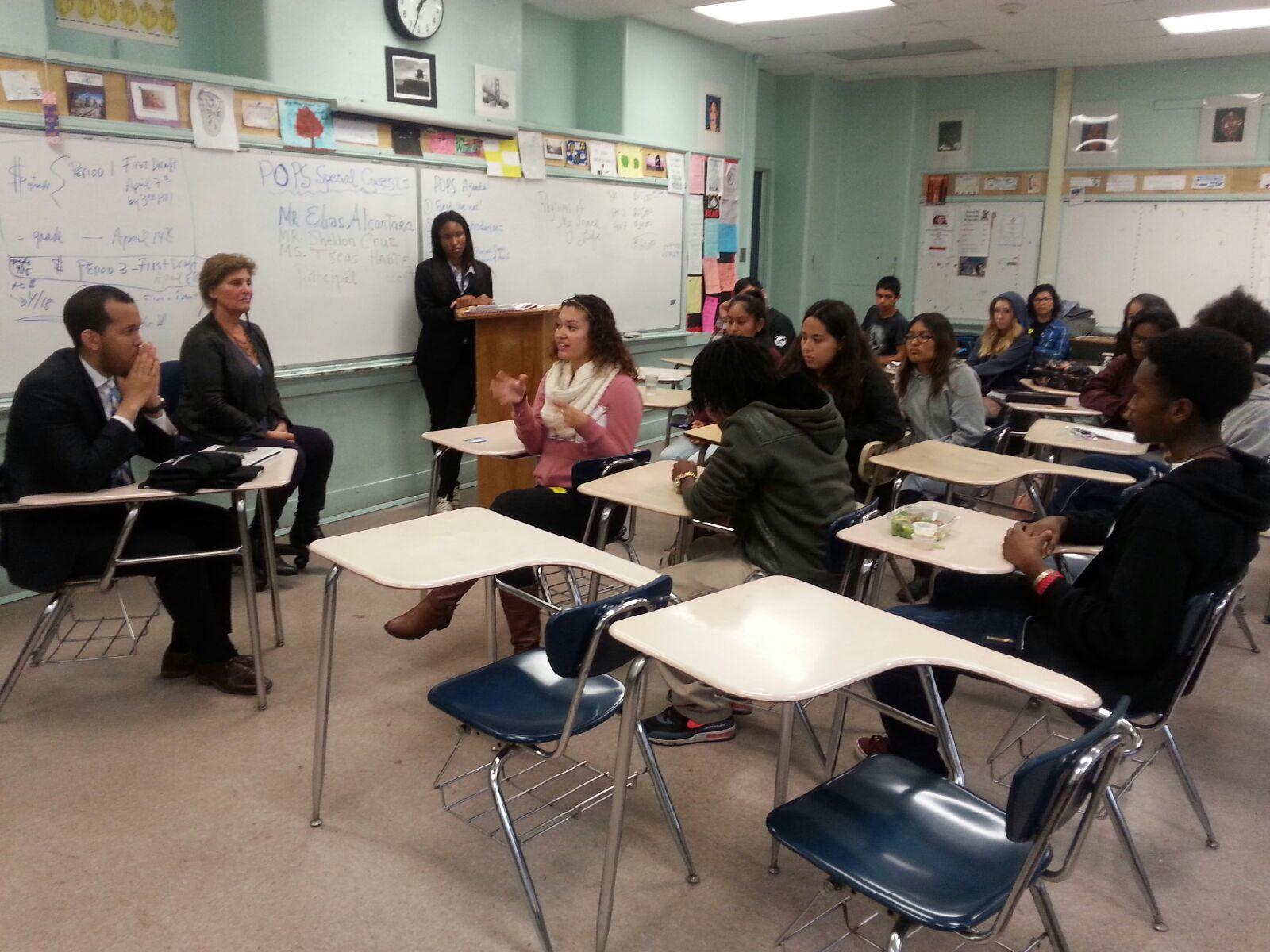 Even President Obama has expressed interest in POPS. Paradyse Oakley, a junior and founder of POPS at Lawndale High — also her district’s representative for Youth Ambassadors — recently took a field trip to Washington, where she met with officials and legislators at the White House. She was in a room with associate director of intergovernmental affairs Elias Alcantara when he mentioned President Obama’s concern about our nation’s criminal justice system. She slipped him her business card and pitched POPS, and four weeks later, Alcantara was sitting in a classroom surrounded by POPS students telling their stories. “He’s going to report back to President Obama on his introduction to POPS,” Oakley says.

The club is starting to expand to public schools across the state and nation. Currently, the club operates in seven schools in California, with one more launching this fall. In Ohio, 10 public schools have requested their replication manual. They’re also in talks with schools in Washington and Texas. While the necessity for this kind of student club across state lines is clear, Friedman worries that the demand is higher than POPS is financially ready for. The club officially became a 501(c)3 in October 2013; it has received grants from the California Endowment and the Jewish Federation of Greater L.A. and raised money through individual donations. But at the rate the club is growing, “We still need to raise more money,” Friedman says. POPS will be holding its first gala fundraiser at the Kirk Douglas Theatre on June 13, at which professional actors will read from the true stories of POPS club members.

“It’s not just a club,” Lopez insists. “We’re a family. It’s a place where we’re safe and comfortable. It helped get me through everything to become who I am today.” Lopez, now a graduate of Venice High and a POPS alum, is balancing two jobs during the week and preparing to attend Santa Monica College this summer. She volunteers with POPS during her free time because, “Ever since that day with Amy, I became a writer. I realized I am not alone.”