COURAGE TO BE WHO YOU ARE

Empowerment takes many forms, and at POPS the Club it arrives in both subtle and profound ways. Most teens struggle with a sense that they lack agency, subject to rules set by teachers, parents, and other adults. This lack of agency is heightened for those youth impacted by incarceration, who often feel pre-judged. Studies have shown that parental incarceration shapes how educators view and characterize children–rating a child whose parent is in prison as “less competent” behaviorally, academically and socially. And we know that isn’t true. At POPS, students are encouraged to wrest back the narrative that other people might tell about them. Feeling that you are the sole narrator of your own life is liberating. As POPS student Joslyn Stevenson wrote in Ghetto By the Sea, the second POPS anthology, “I am here because I want to be. Yeah, I’ve got family locked up, but they ain’t me.”

POPS club members break down systemic barriers, externally and internally. POPS graduates, many of whom have become POPS advisors, volunteers and interns, attend community colleges and four year universities and serve as powerful social justice advocates. For many, the stories and artwork published in POPS anthologies were their gateway into a purposeful sense of self.

Don’t forget, you are the hero of your own story.

WHAT YOUR GIFT WILL MEAN 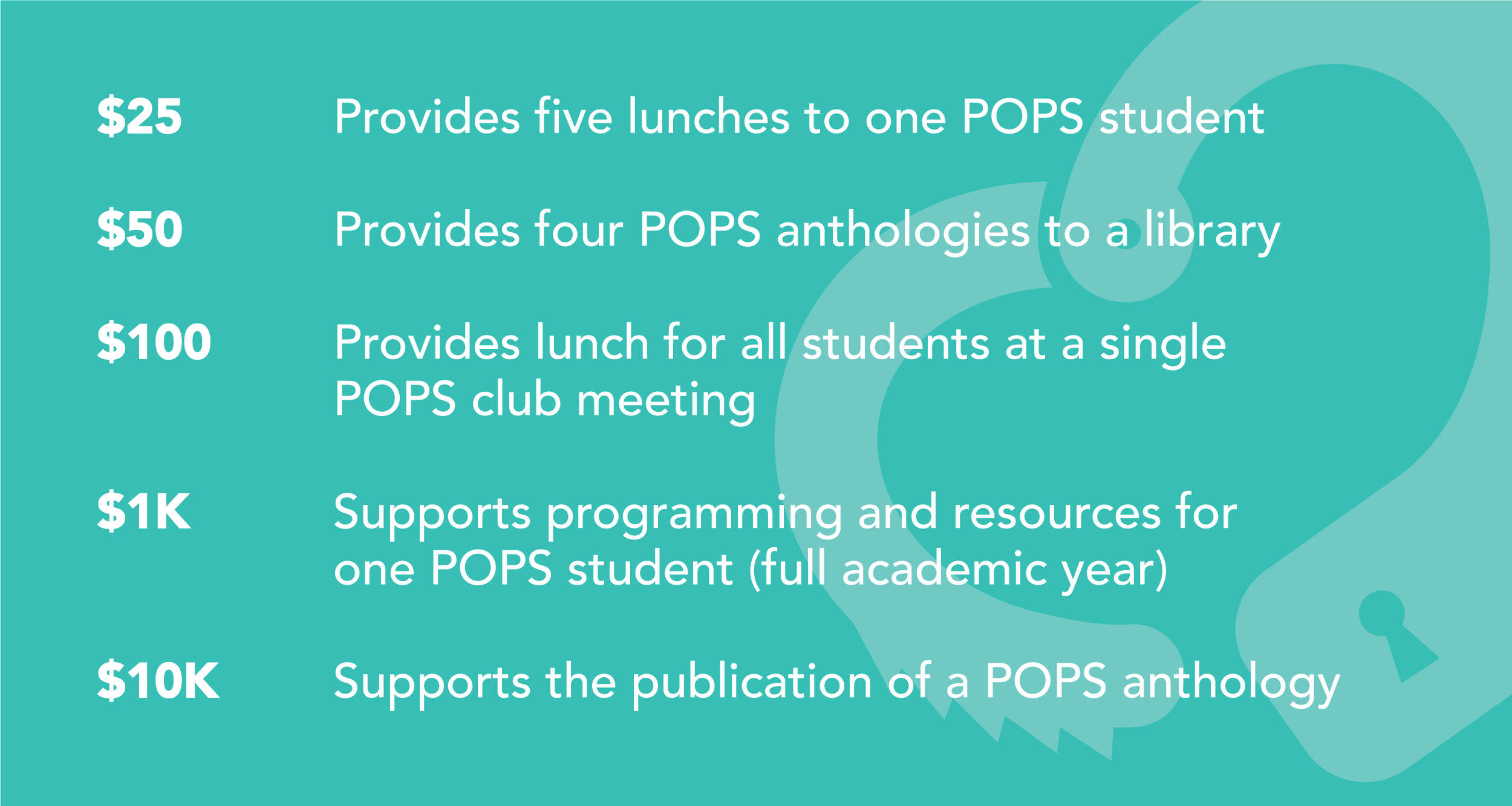 We rely on our community partners, foundations and your support to continue our work and to continue to expand our reach.

Your contributions ensure delivery of the best program and services to POPS students across the country.

As long as any child goes to sleep knowing their parent is locked away, we will not rest.
It doesn’t take much to change a life. Join us today and start making a difference.